5 of the most beautiful Irish Poems on love, life & death

One thing Irish culture is known for is our remarkable ability to tell a story. Whether it’s a story told through prose, painting or poetry, we have a certain affinity with the arts. At swift memorials, we strive to make our designs as memorable and unique as possible, and one way to achieve this is though meaningful poems. So please enjoy the small collection of poems gathered from some of Ireland’s finest poets.

1. An Irishman foresees his death by W.B. Yeats

Born in Sandymount, Ireland, William Butler Yeats contributed greatly to 20th century literature. Being a pillar of the community through the expression and artistry of his poetry he also served two years as a senator in the Irish Free State. In 1923 he won the Nobel Prize for Literature.

An Irish Airman Foresees His Death was written to commemorate the death of his Patron Lady Augusta Gregory’s late son, Major Robert Gregory. The poem is a monologue of the pilot who predicts his eventual death as he fights in World War I. 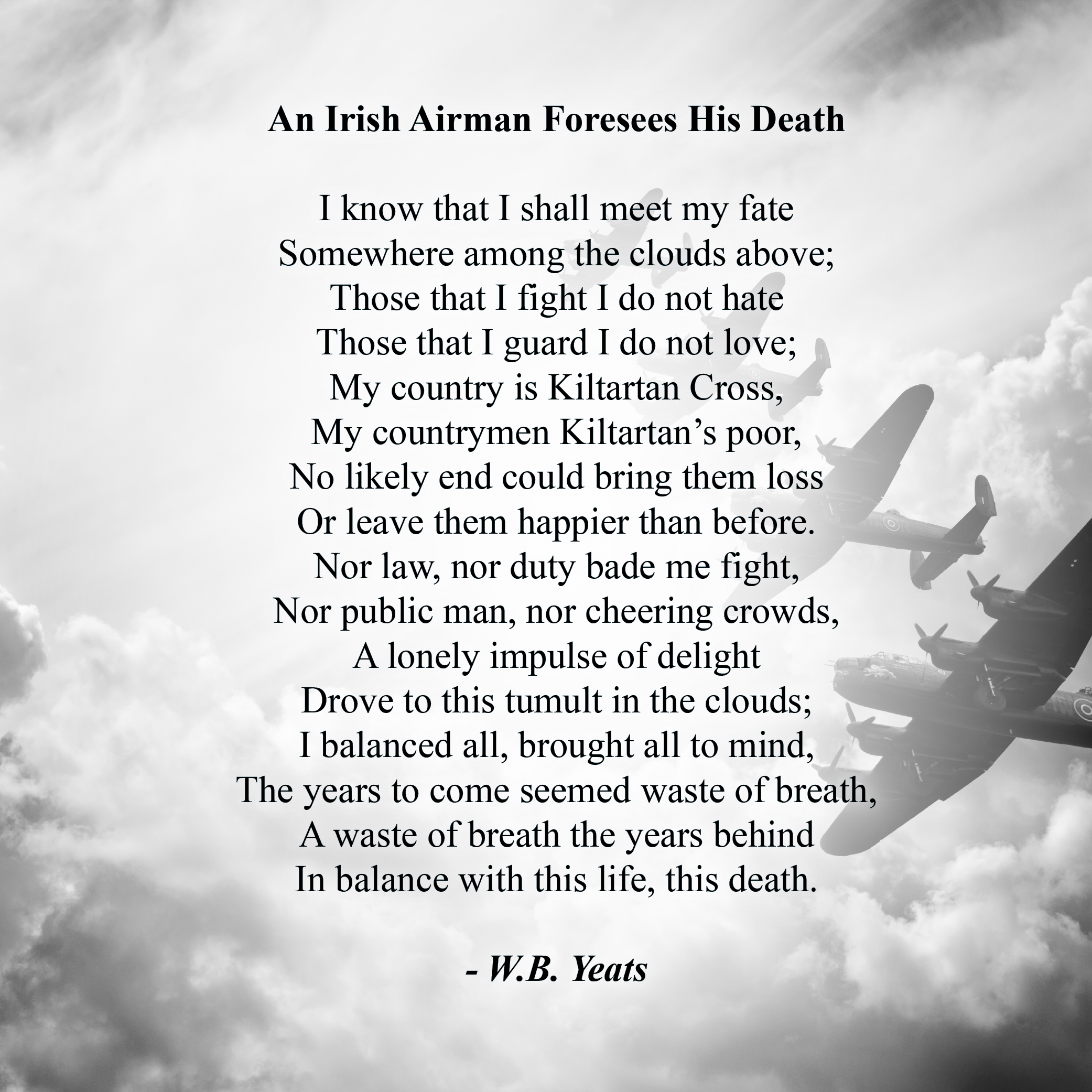 Lady Jane Francesca Agnes Wilde, was an Irish poet born in 1821 with a great interest in Irish Folklore. Lady Jane Wilde supported the nationalist movement in Ireland and was ahead of her time being and advocate for women’s rights and freedom. Her talent in literature was later passed through to her son, famous poet and playwright Oscar Wilde.

Destiny is morose poem about how the beauty the world can offer, such as a radiant flower or beautiful garden paths, can be lost through grief and loss of love. It is a about a love so great that it belittles heaven on earth. 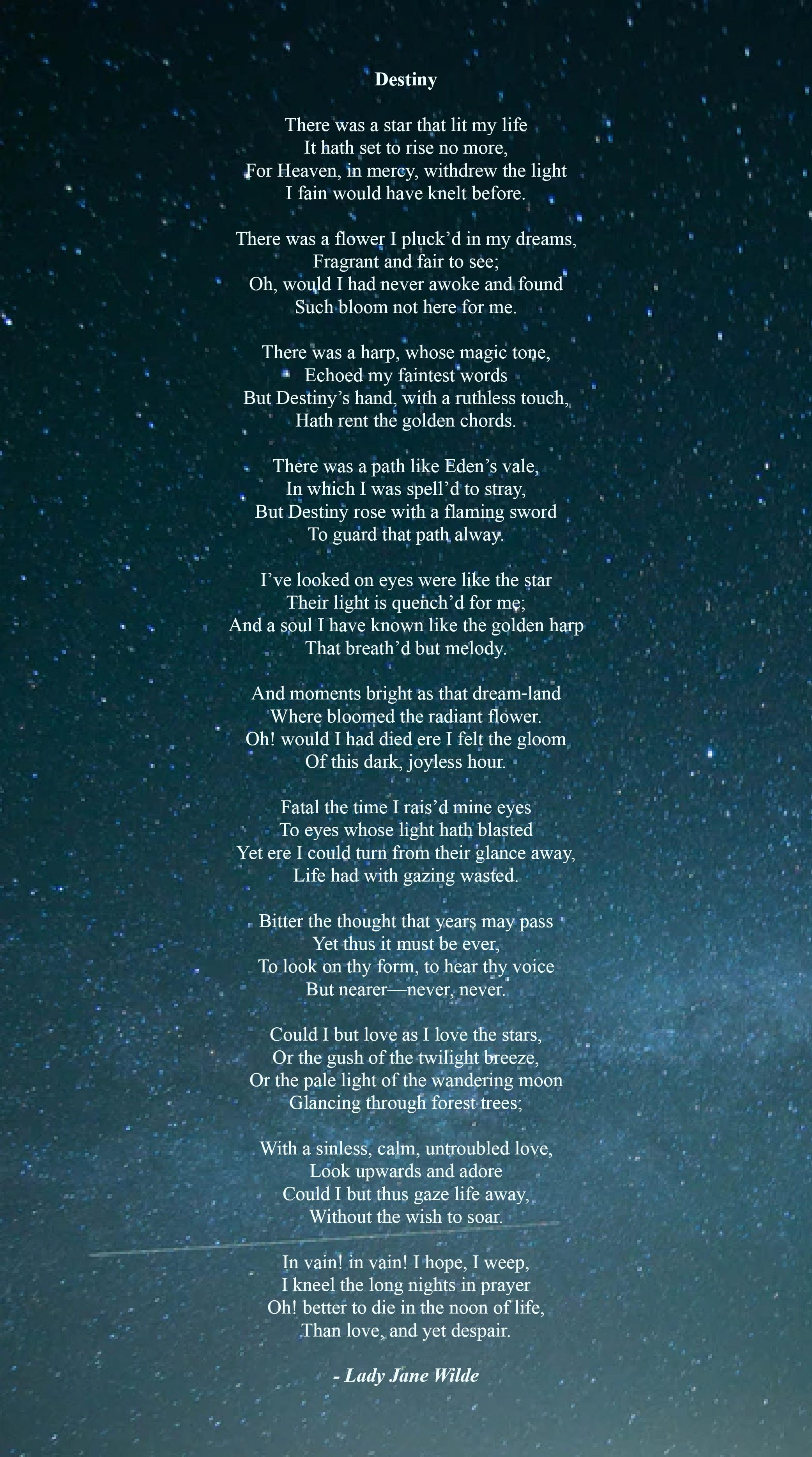 George William Russell was a writer and artist born in Armagh and later moved to Dublin. It was here that he began a lifelong friendship with W.B. Yeats. As well as being well known for his artistic and literary talents, George was a spiritual man with an avid interest in philosophy.

Freedom is a gentle poem that is cleverly vague in its expression, in that it could be written about the loss of a loved one, whom he will meet soon in heaven. It could also be written through his strict nationalist beliefs about the freedom of Ireland that he had to withhold due to his connection to the Irish Agricultural Organisation Society. 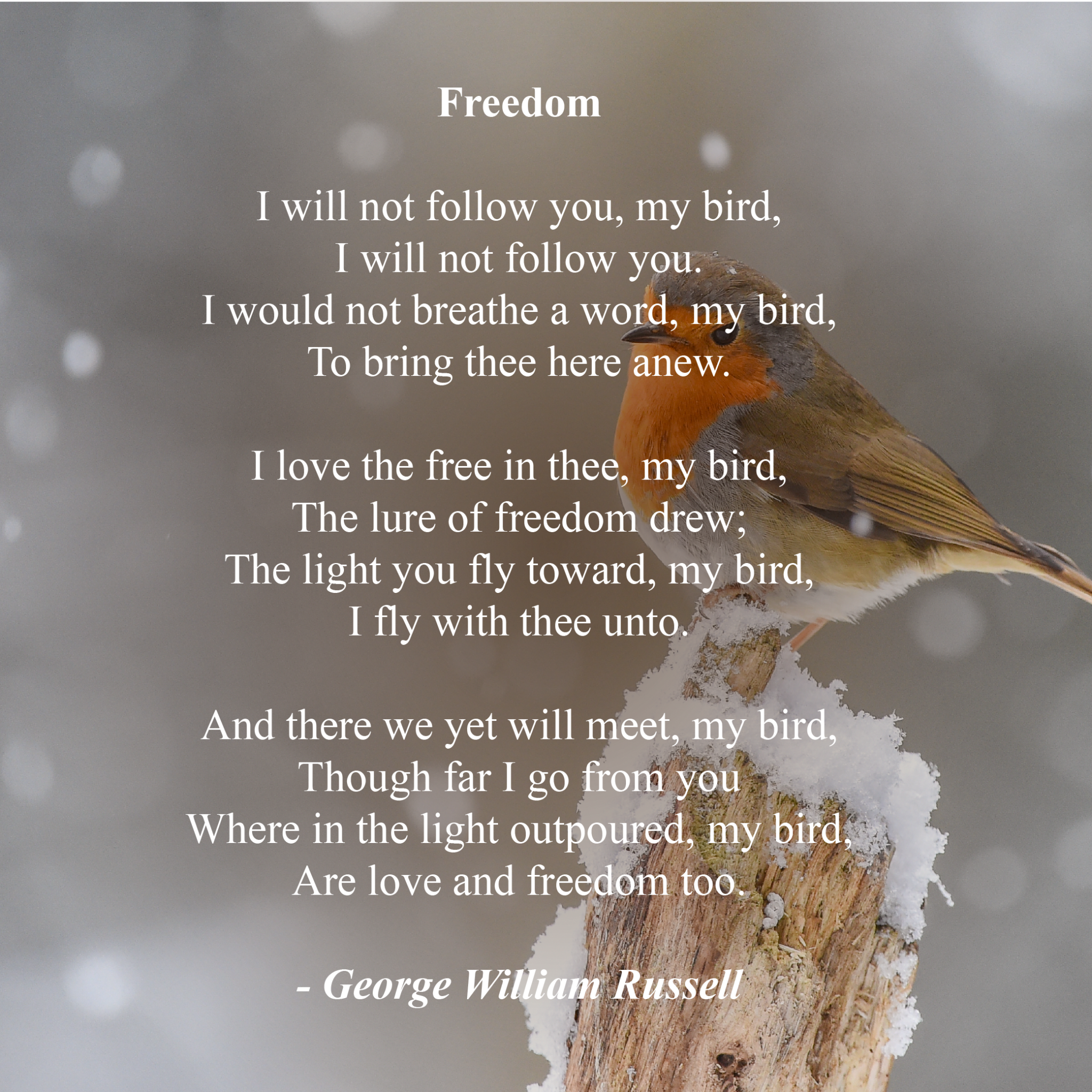 One of the most renowned Irish Poets and Playwrights, Oscar Wilde had a devout love for literary activities, such as writing poetry, plays, working as a journalist as well as lecturing in Canada and the United States on the English Renaissance of Art. Known for his decadence, flamboyancy and wit he often worked these themes into his work.

Requiescat comes from the Latin phrase “resquiescat in pace”, often used in English as rest in peace, this poem was written in the heartbreaking responsibility he felt for the death of his sister Isola. 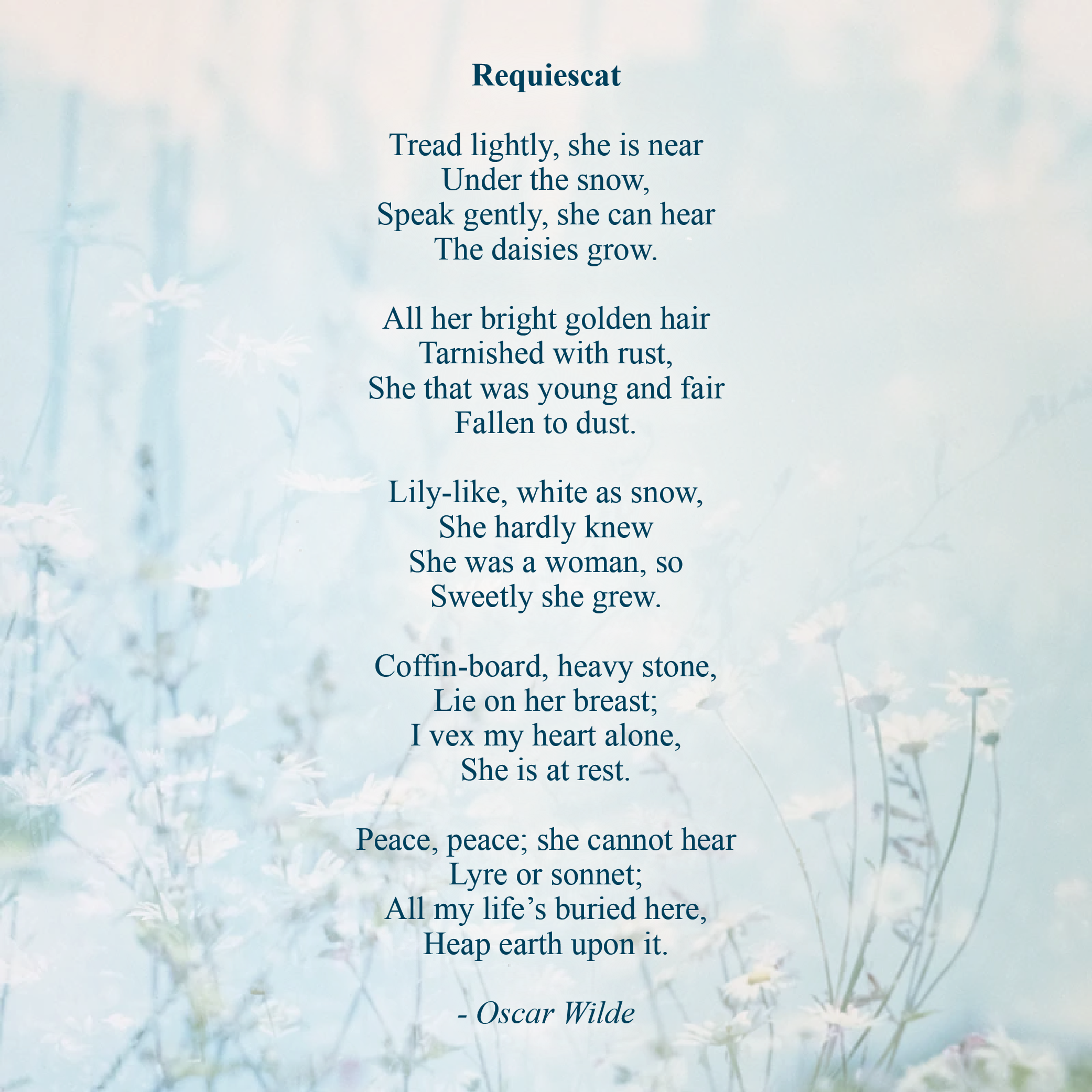 5. What would I do without this world by Samuel Beckett

Samuel Beckett is an Irish Artist born in Foxrock Dublin and known for his work in various literary modes from novels, poems and plays. Having lived in Paris for most of his adult life, Beckett wrote both in English and French. He was best known for the integration of the bleak outlook on the human condition and existentialism with humour. In 1969, Beckett was awarded the Nobel Prize in Literature  “for his writing, which in new forms for the novel and drama in the destitution of modern man acquires its elevation.”